American economist, Professor Jeffrey D Sachs of Columbia University, delivered a talk at RIM on “The Challenges of Sustainable Development in Bhutan: Challenges and Questions based on global experience.”

His very stimulating and a contemplative talk was attended by the Hon’ble Prime Minister Lyonchen Jigmi Y Thinley, members of the cabinet, representatives of the national assembly, secretaries, directors, international guests, other officials from various ministries and agencies, faculty and trainees of RIM on 2nd August, 2010.

An excerpt from the talk

Bhutan remains a low income country although it is a country that is growing rapidly. We know from the absolute essence of the whole purpose of GNH, that equating income levels and happiness are two very different things; but I think that it is right to say that, for a relatively poor country, material advance is a very important part of happiness and this is a fact that can be justified on many grounds.

I’ll start with health. Poor countries tend to have higher incidence of disease, higher mortality rates for infants and young children and mothers. So material improvement is a major part of improving a society’s happiness in part through improving health standards.

Bhutan is in a situation of a very rapid and very exciting improvement of public health and we see this in falling mortality rates and reduced disease burden, but Bhutan still has a gap that needs to close in certain. So that is an example of one of the way that economic development is crucial.

A second way involves learning and a part of it involves formal education. Poor countries tend to have much lower educational attainments and often major deficiencies in the basic physical infrastructure and also the human resources for education. This doesn’t mean that rich countries get it right by all means. But another one of Bhutan’s challenges, just like in health, is the continuing upgrading of education in the society.

From what I can gather that progress has been astoundingly fast in recent years but, on a comparative basis and as an absolute standard, Bhutan, I think, still has a long way to go for the next 20 years. From the data that I read, under two percent of the adult population have a tertiary education.

It is almost impossible for anyone to understand right now how the world is changing so fast on so many fronts, technologically, socially, ecologically, economically, financially, demographically. But education is one of the only sure ways to be able to face these changes.

The escape from poverty which remains to be accomplished in this country the achievement of the full standard of education, health, governance and the ability of society to governance itself in a manner which taps deep values, allows for those values to be examined and updated and to be a guide for the current world, all of these things in my view constitute the GNH challenge for Bhutan right now.

Bhutan is on right track right now and biggest challenge is keeping on the path and avoiding the pitfalls.

Almost all of the poverty in this country is rural poverty. It tells me two things. A rural development policy is quite important. It also suggests that urbanization will continue rapidly almost for sure under a scenario of continued economic development.

It means that while poverty in the rural areas is the core of extreme poverty right now, the success in a suitable and sustainable urbanisation is inevitably the counterpart of rural development strategy, especially for Thimphu, which will be the primary city with 30 percent of the population by 2030. Having a livable, sustainable city is extremely important and that does not happen by itself.

So what are the cornerstones of progress for Bhutan in the next 10 to 15 years?

The lead export sector, if you do it right, is hydropower. Keep it a publicly owned. Develop hydropower, but do get good terms on your borrowings with India, and to anyone else to whom you sell the electricity.

Invest in finishing basic infrastructure and in public services – health and education, as well as support for the physically and mentally challenged, and those who cannot take care of themselves, and gradually introducing an old age benefit system very carefully.

Keep health in the public sector as well. The government has the core responsibility of health finance. I would suggest establishing an institute on public health and medicine that evaluates and monitors and looks at best practices, but do not privatise.

Same is true largely with education; certainly at the primary and secondary level. Keep it public or could be through not for profit institutions. At the tertiary level, the new RUB should be built up as a national treasure and national source of learning.

In the rural sector, the main issue is a productivity challenge that should be faced by science based agronomy. Agricultural neglect can lead to huge imbalances in society, continued pockets of extreme poverty and squatters coming to the cities.

Bhutan’s agricultural yields are low by international and regional standards and my guess is that it has to do with the low inputs. So typically you need to replenish soil nutrients through chemical fertilisers, you need high yield seed varieties. Most farmers cannot afford this unless it is targeted by national governments.

I would like to caution against organic production. A country standard would not be agronomically appropriate and may be a big burden on the poor. There may be markets for it and I’m all for it, if it works. But in many places the practicality of putting enough nitrogen on the soil in an organic way is almost impossible economically in terms of the amount of labour involved or in terms of the soil characteristics. Organic farming has organic run off the same way as inorganic farming. It’s not different. Chemical use of pesticides and herbicides is a different issue.

Failing to plan for urbanization can become a major problem. Think hard about it. And using cars excessively- the future of the automobile is a big issue for the whole world and it’s an issue for Bhutan actually. What kind of society will there be 20 to 25 years from now? You want a private car ownership society? It creates a huge mess in many ways.

Don’t let the privatization of politics happen. You have the beginnings of a democracy, take the steps carefully. Democracy is no panacea, it’s a very problem filled system also and, when money gets into politics, it becomes quite a dangerous system. For small democracies like Bhutan, a little money could distort a lot, so be careful. 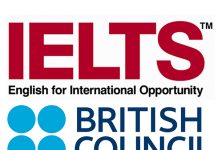 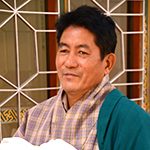 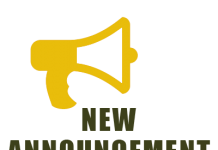 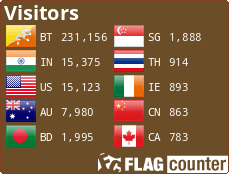